Where to escape for winter sunshine, (minus the jetlag!) - My Late Deals
2 Adults 0 Childs
Adults
Children
of ages
Done 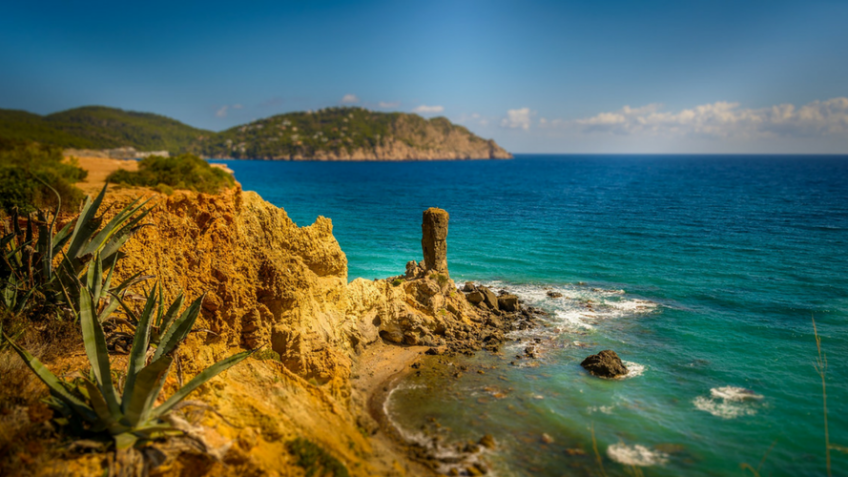 Where to escape for winter sunshine, (minus the jetlag!)

Now we’re past the Halloween hump, “Last Christmas” is on a loop in the supermarket. That should be enough to frighten anyone onto a plane!  Therefore, why not escape the madness and boost your Vitamin D. Enjoy some culture and culinary delights in one of these surprisingly near, but far enough for winter sunshine, destinations. The Phoenician settlers (who founded Ibiza in 654BC) first named the island “Ibossim”, meaning ‘dedicated to the Egyptian God Bes’ who, aptly, came to symbolise music and dance.  While Ibiza has embraced it’s founders’ dedication wholeheartedly, it has also been declared a World Heritage for Biodiversity and Culture. A recognition for outstanding natural beauty, historically significant architecture, and ecosystems that provide critical habitats to native species’ in the Mediterranean. So, dance, dance, dance, and then venture away from the beach clubs and soak up nature’s bounty. Malta is one of the smallest countries in the world, but there’s much to explore. As an archipelago made up of 7 islands, 4 of which are completely uninhabited, you can take a boat trip to a deserted bay, or dine at the only restaurant on Manoel Island, also home to an 18th century fort. Sampling the local delicacy ‘Pastizzi’ is a must – a filo pastry baked with ricotta cheese (or mushy peas!). Wash it down with a can of Kinnie; a drink made with chinotto bitter oranges, spices and herbs, unique to the region. Often referred to as the “Red City”, Marrakesh is a bustling market town on the edge of the Sahara, under the shadow of the Atlas Mountains, and a Unesco Heritage site to boot.  Absorb the rich tapestry of sights, smells and sounds, and chance your arm at bartering with the traders in the heaving souks. To escape the energy of the street, find your way to one of the many rooftops above the city.  Then round up your trip with visit a local Hammam, and have every last trace of British winter scrubbed from your skin! Rumour has it there is more wine than water on Santorini, due to the fertile volcanic soil and lack of rain. So, it is the perfect home for vineyards. The only inhabited Caldera (volcano cauldron) in the world, this destination is famous for whitewashed walls, cobalt blue tiled roofs, and breathtaking sunsets.  The winding cobbled streets of Oia are bursting with little treasure troves, textiles and jewellery, and the stunning Santorini landscape has inspired many works of art, displayed in the local galleries. The most tourist-trodden islands of this Spanish archipelago are Gran Canaria, Lanzarote, Fuertaventura and Tenerife.  These islands have become synonymous with the heavy drinking “Brits Abroad”. Fortunately, its reputation belies the area’s rich and fascinating past.

Visit Santa Cruz de Tenerife in February to revel at their carnival, second only to Rio de Janeiro. If you want to escape the crowds entirely, head to the rugged Anaga mountains. They sprawl across the far northeastern corner of Tenerife. The combination of a cable car and small hike will get you to Spain’s highest peak at Mt Teide National Park, and you’ll be rewarded with spectacular views.