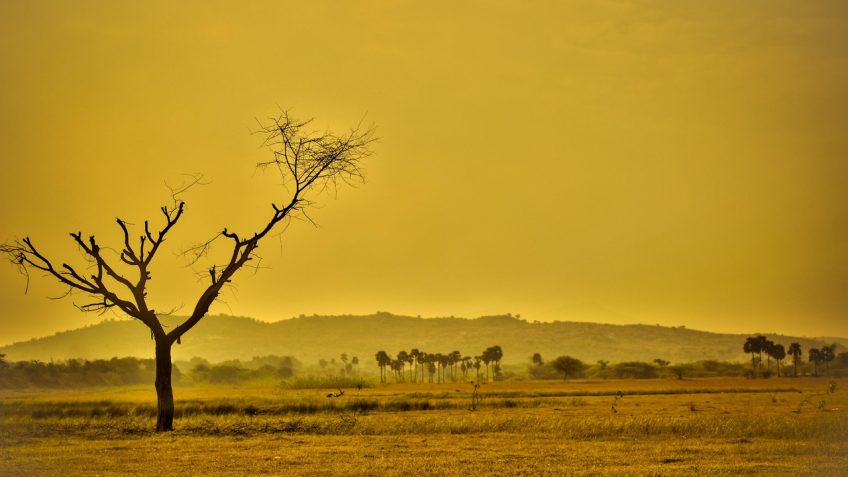 Peruse our latest holiday package deals and find your next holiday!

Climate change is real and its effects can already be observed around the world. While the worst affected areas are the oceans, farmlands, and forests which are seeing their ecosystems disrupted by rising sea levels and higher temperatures, even popular tourist spots are being impacted to devastating effect. Here are 10 popular holiday places affected by climate change.

The Great Barrier Reef is the largest coral reef in the world, while the honour of the largest reef in the northern hemisphere belongs to Belize. Coral reefs are underwater ecosystems teeming with life and are commonly nicknamed “the rainforests of the sea”. They provide a home for 25% of all marine life, are a popular source for fishing, and provide protection against coastal erosion.

But both of these giant coral reefs, as well as countless others around the world, are dying as water temperatures rise and our oceans become more acidic.

As the most diverse country in the world, Brazil is uniquely positioned to be one of the places most affected by climate change. The largest portion of the Amazon Rainforest, the Earth’s lungs, resides within Brazil and as temperatures become warmer, deforestation is increasing. The Amazon currently serves as a shield to global warming, absorbing 1.5 gigatons of carbon dioxide from the atmosphere. But the more the Amazon reduces in size, the less CO2 it can absorb, and the faster climate change will affect the planet.

But the effects of global warming in Brazil are not limited to the Amazon. Rio de Janeiro is one of Brazil’s prime tourist spots for its iconic landscape and world-class beaches. Sadly, the latter is on course to disappear if sea levels continue to rise at their current rate.

Canada is popular for its natural beauty, including impressive national parks boasting beautiful glaciers. One park in Montana is even named Glacier National Park.

But global warming is causing these once mighty bodies of ice to shrink. The glaciers in Montana have shrunk by 85% since 1966, while the Athabasca Glacier in Jasper National Park, Alberta, is likely to disappear within our lifetime.

Similarly, Patagonia, at the southern end of South America, famed for its remarkable beauty and challenging hikes, is slowly melting. Also, the ozone here has notably depleted and people living in high-altitude areas have reported a rise in cases of blindness and skin cancer.

The salt content of The Dead Sea is so high that everything floats, including swimmers. Consequently, it has been a popular tourist spot for thousands of years, and salt was collected from its coast by Ancient Egyptians to mummify the dead.

Sadly, higher temperatures hastening evaporation means the Sea’s upper surface is lowering by 1 metre every year. Efforts are being made to save the Sea by laying a new water pipeline, but this is managing the local symptoms, not the global problem.

The Maldives is a tourist favourite for travellers from all over the world looking to escape civilisation for a while and bask in the sun, sea, and sand of a desert island surrounded by turquoise water and sipping cocktails out of coconuts. It is a maritime paradise, formed by a ring of 1,200 coral islands.

But these islands are just a few feet above sea level, and as the oceans rise, flooding is becoming increasingly common. If things continue, half a million people will be displaced when land and fresh water are washed away. One report predicts the islands will be entirely submerged by the year 2100.

Despite Africa only contributing ~7% of the total global greenhouse burden, 7 out of the 10 most impacted countries are on the continent. Temperatures are rising to beyond habitable levels in some areas, while many countries have reported higher average temperatures, decreased rainfall, extended droughts, and rising sea levels.

One of the most famous African landmarks to be impacted is Mount Kilimanjaro in Tanzania, where its iconic snowy peak, whose streams and rivers feed the surrounding ecosystem, is disappearing.

Developed countries aren’t safe from the extreme effects of climate change, either. Rising sea levels and temperatures in Florida are killing otherwise long-lasting bio-networks. The East Coast is facing increasingly larger and more dangerous hurricanes, and even New York’s iconic Statue of Liberty is at risk of being damaged beyond repair. Meanwhile, the forest fires of California have become an almost predictable annual event.

Book your holiday in the USA.

Venice is so old that we have no record of its foundation, but it has been an important cultural and tourist landmark since as far back as Ancient Rome. This series of small islands, connected by hundreds of bridges and navigated most easily by boat along its more than 175 canals is a true icon of human architecture and imagination.

But the city is sinking. Not all of this is due to climate change and efforts have been made to reduce the number of visiting tourists and improve building foundations. But no amount of prevention will help if sea levels continue to rise.

Book your holiday in Italy.

Even the UK is one of the many places affected by climate change. Spring flooding is increasing year on year and temperatures in winter and summer are becoming more extreme. Larger, more frequent storms are also hitting our shores, resulting in erosion damage to at-risk popular tourist spots, like the White Cliffs of Dover and Stonehenge

depressing topic, but an important and pressing one. Why not cheer yourself up now by browsing our latest holiday package deals and enjoy a trip to remember for a lifetime!