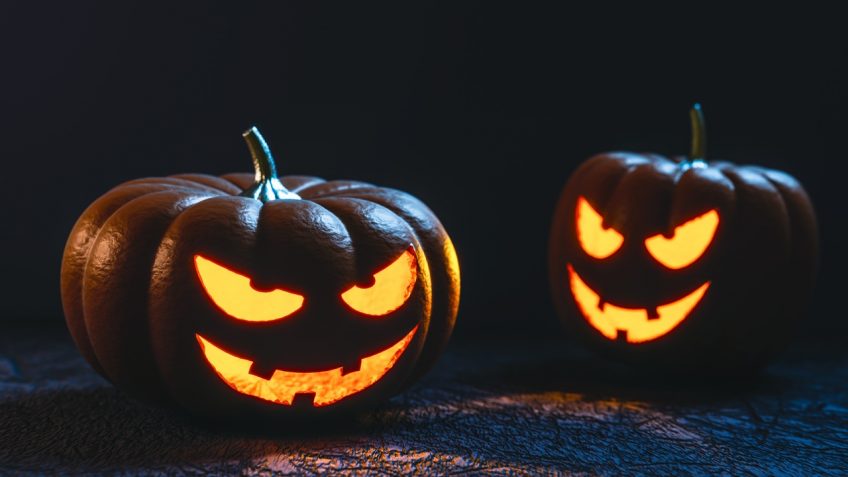 The 10 Best Halloween Traditions Around the World

Already got an idea where you’d like to spend Halloween this year? Browse our late deals and get money off flights and hotels.

Depending on your perspective, the spookiest or most mystical time of year is just a couple of months away. In recent years, much of the world has started to adopt the Western idea of Halloween: trick or treat; carving pumpkins; spooky costume parties; etc. But many countries still celebrate with their own Halloween traditions, or put their own unique spin on things. Here are some of our favourite countries for celebrating the dead coming back to life.

1. Ireland – Banks of the Foyle

The modern concept of Halloween—bonfires, mystical beings, magic—comes from the ancient Celtic festival known as Samhain. While much of Western Europe has since adopted the cookie-cutter idea of Halloween described in the introduction, many once-Celtic countries still celebrate this pagan festival, particularly in Ireland and Scotland, by burning wicker effigies, playing games, and telling fortunes.

The biggest Halloween celebration throughout Europe takes place in Derry (Londonderry) every year. Thousands of visitors from around the world attend the Banks of the Foyle festival for five days of scary parades, spooky movies, magic shows, and terrifying tours.

For a calmer, more colloquial way to enjoy Halloween traditions, head to Germany. While Halloween as we know it exists, many Germans prefer to celebrate Martinstag—aka St Martin’s Day. Trick or treating is replaced with children singing traditional songs, sweets are swapped out for pretzels, and pumpkins take a backseat to lanterns.

However, this celebration is still one heavily associated with the spirits of the dead; so, you can still enjoy an exciting bonfire. But don’t be surprised if you can’t find any knives in the kitchen when you need one. Rather sweetly, Germans hide these sharp utensils to keep the ghosts from hurting themselves.

Throughout the world, cultures celebrate their dead coming back to life for a short period in the year. Catholics still celebrate All Saints’ Day (or All Souls’ Day) while Koreans celebrate Chuseok. Bolivians honour the bones of family members that protect their homes at the Festival of the Skulls, while Nigerians host parades and events for up to 6 months every two years at Awuru Odo.

Without a doubt, the most famous of all of these is Mexico’s Day of the Dead; when the gates of Heaven open at midnight on the 31st October, Mexicans parade in extravagant and families gather at decorative cemeteries to eat, dance, and play with the souls of their lost loved ones.

Book your stay in Mexico.

However, one other day of the dead celebration which deserves a special mention is that of Haiti. Fête Gede is Halloween, the Day of the Dead, Mardi Gras, and African voodoo all rolled into one. The Haitians don’t just believe music and dance will help raise the dead, but laughter, too, as well as a whole host of unusual rituals.

Once a year, the Chinese believe the ghosts of the dead become hungry. To keep them satisfied and help them return to rest for another year, people give food offerings and burn paper money on the 15th day of the month. The streets light up at night, food is left outside of homes, and festivals and carnivals are held across the city to celebrate the dead ancestors of the living.

The Japanese celebrate their forebearers each year with the eventful Obon Festival. However, the must-see event of all Japan’s Halloween traditions is the parade held each year at Kawasaki, just outside Tokyo. The procession attracts literally thousands of entrants (and hundreds of thousands of spectators) every year to show off their ingenuity and creativity with highly elaborate and often unnerving costumes.

Kathmandu celebrates those who have passed away in the previous year by leading a procession to Heaven through Nepal’s capital city. The dominant religion is Hinduism, so the march is led by their most sacred of animals: the cow; with Gai Jatra also doubling as the Festival of the Cow.

Romania is the home of Bran Castle, supposed dwelling of Vlad the Impaler; who himself is the inspiration behind one of the world’s scariest legends: Count Dracula. It should come as no surprise that tourists the world over looking for a good scare flock to Transylvania on Halloween for Dracula-themed tours and parties.

Sweden does All Saint’s Day a little differently to the rest of the world. Sure, they like to celebrate the dead; but the remembrance is much more solemn and personal.

However, it also kicks off a week of parties. October 31st (or thereabouts) traditionally marks the shortest day of the year for countries in the northern hemisphere. For Swedes, this can be as little as a few hours a day. They counter the dark days with extra time off work and school to celebrate the coming spring and cheer themselves up with music, song, and dance.

The modern concept of Halloween may have originated in Ireland, but it was perfected in the USA. If you’re someone who enjoys everything we now associate with Halloween in the UK, then find a late deal in the USA this October. Like most other things in the States, Americans do Halloween bigger, louder, and with more enthusiasm than anyone else.

For a truly exceptional experience, head to Universal Studios, Florida, where the park transforms into a giant labyrinth of scary mazes, terrifying rides, and actors stalking you in nightmarish makeup fit for Hollywood.

Join in the fun and book your Halloween holiday now. Browse our late deals for bargain prices.