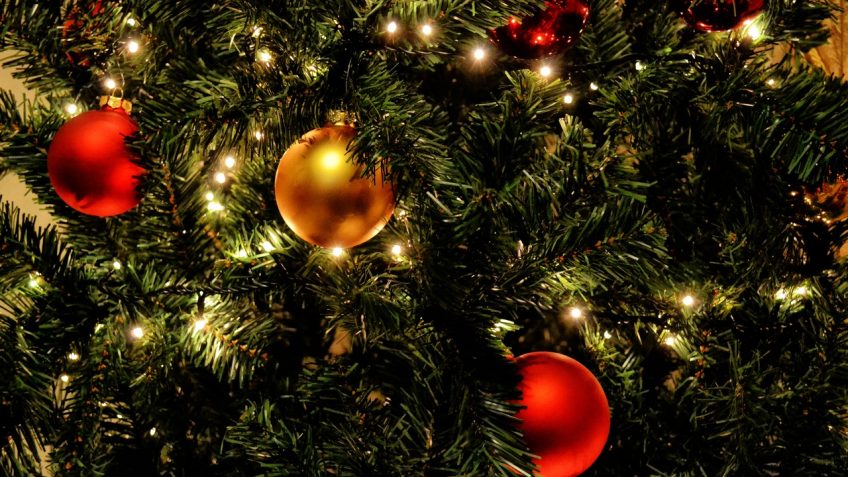 8 of the World’s Coolest Christmas Traditions

Christmas is one of the oldest and most celebrated holidays around the world (second only to New Year’s Eve). It has become a festival which transcends its religious origins and friends and loved ones, the world over, come together to enjoy each other’s company (at least until the family games begin). However, with billions of people celebrating in scores of countries over almost 2,000 years, many unique Christmas traditions have developed.

Start getting into the holiday spirit by learning about the world’s coolest Christmas traditions. We bet there are a few on this list that you’ve never heard of before. And maybe consider spending Christmas abroad this year so you can join in!

Away with your Christmas jumpers and your household gadgets! In Iceland, the number one Christmas present is books!

During World War 2, when imports were scarce, Christmases in Iceland became frugal affairs. However, the one item which had slightly fewer restrictions was paper, so books became prevalent Christmas gifts.

Well, the tradition has stuck! And today, households receive a free catalogue in the run-up to Christmas with all the soon-to-be-available books. Many publishers and authors even wait until the holiday before publishing because they sell so well.

The Holy Nativity Fast is a 43-day vegan diet where Christians in Egypt don’t eat any food that comes from animals, including meat, eggs, and milk. This lasts until Christmas Eve, where churchgoers attend a service that begins late at night and often lasts until the early hours of Christmas morning. The end of the service marks the conclusion of the fast and people go home to eat a big Christmas meal of all the things they have been fasting from.

In Greece, children sing carols, called kalanda, on Christmas Eve, but with their own unique spin on things. They play drums and triangles and sing while carrying model boats. Those that perform well receive sweets and nuts.

Meanwhile, in the home, many families suspend a shallow wooden bowl containing holy water and which has a piece of wire that drips the water on to some basil suspending beneath. Supposedly, this helps to keep away evil spirits, especially when sprinkled around the home.

How you celebrate Christmas in Finland will depend on whether you prefer Santa Claus in his human form or as a goat!

If you favour the former, then head to Santa’s home in Lapland. This snowy paradise is not just a heavenly holiday destination for skiers; it is also the location of Santa Claus Village, the official home of Santa and where families can meet the man himself, and SantaPark, a Christmas theme park, including an Elf school and workshop.

However, if you’d rather a slightly more unusual Christmas, then celebrate the coming of Joulupukki instead. This Christmas goat was once scary and would demand presents without giving anything in return, but he has since adopted the role of Santa, even wearing the same red robes. People love him from far and wide and he receives around 500,000 letters every year from almost every country in the world.

Don’t worry, you read that right.

Tió de Nadal, aka the Christmas log, is a Christmas tradition from Catalonia. So, if you’re planning a Christmas in Barcelona, keep an eye out for this festive event.

The hollow yule branch is nicknamed Caga Tió — “poo log” — and is personified with legs, a smiley face, and red, floppy hat. Children must keep the log warm with a blanket and then feed him dried fruit, nuts, and water every night.

Things take a turn on Christmas Eve when the children whack the log with sticks while singing a song. After they finally peer under the blanket, the log has miraculously “pooped” lots of sweets and presents.

And how do the family say thank you to this poor, beaten log?

They burn it on the fire for warmth!

Costa Rica is the perfect place to go for a Christmas which is both familiar and unfamiliar at the same time. This deeply Roman Catholic country has many of the same Christmas traditions we have in the UK…but with a twist. For example, people ornament their houses with Christmas decorations, including tropical fruit and flowers. Others use wreaths of cypress branches and adorn them with red coffee berries. And Midnight Mass is a happy and communal occasion where people gather to eat chicken and pork tamales.

In France, and several other French-speaking countries around the world, people celebrate a réveillon the night before Christmas. It is a long, often extravagant dinner with family and close relatives. (They also have réveillons on New Year’s Eve, but these are mostly with friends, instead.) The word réveil means “waking” and the purpose is to stay awake at least until midnight, if not beyond. Food and wine are frequently luxurious, including lobster, oysters, and turkey, and most serve the typical French Christmas dessert: a bûche de Noël, which is a traditional cake baked in the form of a Yule log.

Posada is Spanish for “inn” and the celebration is a reliving of Mary and Joseph’s journey to find somewhere to stay on Christmas Eve. Starting on the 16th December, children lead evening processions, holding candles and singing songs, to various homes, where they are told there is no space for them. On night, Christmas Eve, there is finally room and they are invited to celebrate with food, fireworks, prayer, and a piñata!

Which of these magical Christmas traditions will entice you away this year? Treat you and your loved ones to an early present and buy a late holiday deal.